For a thousand years or so, Hungary’s food, like its culture, has had an intriguing double identity, cleverly blending eastern mystique with the traditions of the west. Recipes were adapted to suit their own tastes, which also gave the dishes a national flavor.

Authentic Hungarian dishes are definitely not for people on a diet. You may find our dishes a bit too heavy and fatty; however their rich flavor, aroma and texture compensate you for the slightly excessive calorie intake.

But don’t think that everything is soaking in pork fat and paprika. These ingredients are essential for authentic Hungarian dishes, but properly portioning them and using modern cooking methods we can make healthy as well as delicious dishes. The ingredients we cook with are simple. The fertile Hungarian plain and the favorable climate provide excellent conditions for growing tasty vegetables, fruits, and to raise domestic animals whose meat is savory.

During our nation’s colorful history Hungarian cuisine got influences from many ethnic gastronomies. In the first couple of centuries AD our ancestors lived in the Euro-Asian steppe. They were a semi-nomadic group that lived as hunters and fishermen.

Around 500 AD the Magyar tribes migrated and settled down near the River Don. They got into contact with Turks and Bulgarians and learned much about cooking from them.

Soup was a very important meal in Hungarian cuisine at that time, as it is today. A perfect Hungarian lunch always starts with some kind of soup. It was a complete meal and more like a stew in those nomadic years. They usually served soups with small round-shaped pasta, tarhonya. As of today we still have tarhonya as a garnish in our menus.

The most delicious dishes were always made in a single pot. This pot was usually the bogrács, a cast iron kettle, hung on an iron stick over the fire. Bogrács is a very popular cooking utensil today, we use it for outdoor cooking.

After settling down in the Carpathian Basin our ancestors incorporated pork in their cuisine. We often cook pork dishes today especially in the villages where almost every family raises its own pork and butcher it during winter time within a great feast called “disznótor”.

In the early middle ages after the consolidation of the Hungarian State, Hungarian cuisine had influences from both western and eastern nations. Especially the great invasions left their marks on our cooking.

King Matthias in the 15th century introduced western culinary methods. He married an Italian princess, Beatrice, so Italian flavors were introduced to Hungarian gastronomy. Turkey was brought to Hungary in that time. Today Hungarian turkey is considered one of the best in Europe. Beatrice also brought with her cheeses, pastas, garlic and different types of onion.

The first written records of Hungarian gastronomy also date back to the 15th century. According to King Matthias’ chronicles, the most popular dishes were pork, beef, venison, lamb, and game. Every food was served with gravies made from the juices of the meat. People dunked their bread in these savory sauces.

The Turks and the Paprika

The 150-year Turkish rule had a lot of impact on Hungarian cuisine. Turks brought paprika to Hungary, which became a symbol of Hungarian cooking. Before paprika, ancient Hungarian cooks used dill, horseradish, marjoram, rosemary, sage, and wild mushrooms. Hungary’s climate is very favorable for growing paprika; our country is a leading producer of this spice.

First, only peasants cooked with paprika, the privileged grew it in their garden for decoration purposes.

Paprika became an alternative spice to pepper, when the price of the latter started to increase. That’s why Hungarians called paprika “török bors”=Turkish pepper at first. It eventually replaced pepper in Hungarian kitchens in the 19th century. They added paprika to meat stews, soups, creating today’s paprikás and pörkölt.

The Turks took away all domestic animals except for pigs during their raids; they must not eat pork because of their religion. In order to this pork dishes have started to become prevalent in Hungarian cuisine since that time.

Other culinary advantages of the Turkish rule were strudel, lángos, rice pilafs, and stuffed vegetables. Besides paprika the Turks brought into Hungary several other plants such as tomato, corn, tobacco, cherry, and sour cherry plants. Hungarian language preserved these culinary contributions, for example the other name we use for corn is Turkish wheat.

Last but not least we should mention coffee – the Turks introduced this drink to Hungary as well. Hungarians called coffee “black soup” in that era. Coffee society and coffee houses were an integral part of Budapest’s cultural and social growth at the turn of the last century.

At the turn of the last century excellent Hungarian chefs laid the foundations of today’s Hungarian cuisine. They artfully adjusted our gastronomy to the French gastronomy without losing the uniqueness of traditional Hungarian cooking. By the beginning of the 20th century Hungary’s cuisine was internationally renowned. Unfortunately the communist rule put an end to this gastronomic bloom. There were often shortages of certain produce and ingredients. In recent years restaurant chefs are trying to alter Hungarian cuisine to be healthier, low in calories, but still rich in vitamins while preserving authentic Hungarian flavors. 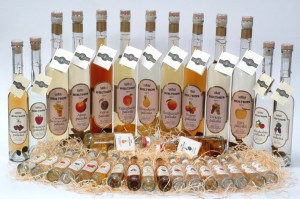 A ubiquitous specialty throughout Hungary and the Hungarian enclaves of neighboring Transylvania, pálinka is the generic name for the fiery fruit brandy often distilled by peasants from home-grown plums, apricots and pears. Only for responsible drinkers, 40% proof.

If you would like to know more about Hungarian food, wine and traditions we recommend:
Culinaria Hungary by Aniko Gergely, Christoph Buechel and Ruprecht Stempell The Food and Wine Lover’s Guide to Hungary: with Budapest Restaurants and Trips to the Wine Country
by Carolyn Banfalvi 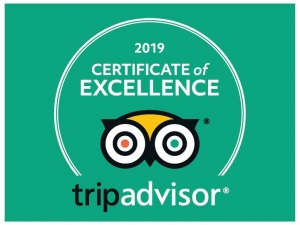 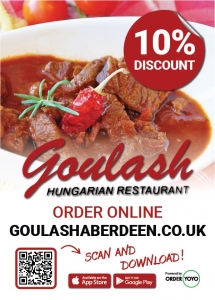